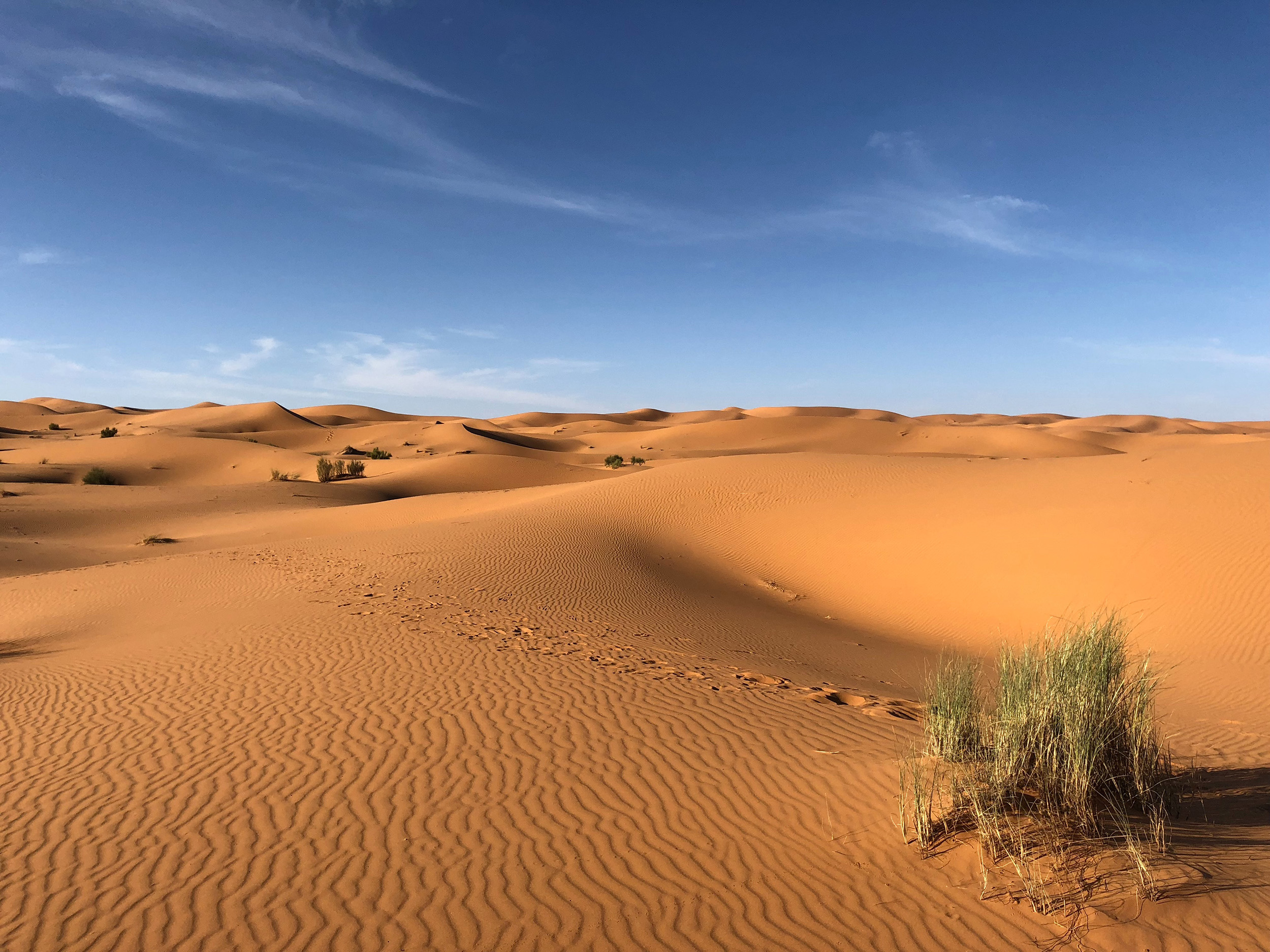 Supporting the Gulf Cooperation Council’s commitment to conservation and sustainability

With climate change staring us in the face like never before, the issues of conservation and sustainability have catapulted to the fore across the world, with governments, corporates and individuals scrambling to adopt and implement policies and practices that will leave the earth a habitable place for future generations. In the Gulf Cooperation Council (GCC), governments, businesses and communities are demonstrating more and more their commitment to a greener future and to sustainable development and sustainable lifestyles – a commitment that is not only critical to mitigating climate change by reducing the region’s carbon footprint, but has serious implications not only for the future development of these countries, but also for the sustainability of their past economic and social achievements. Let’s take a look at the importance of this conservation and sustainability commitment in the region.

Since the discovery of hydrocarbon reserves, the GCC region has seen rapid economic and social development, as well as steep population growth. The GCC holds almost a third of proven global crude oil reserves and about a fifth of the world gas reserves. The export of hydrocarbon, in the form of crude oil, petroleum products and other liquids and natural gas, improved the economic growth and brought impressive development and wealth to the region’s countries.

Rapid industrialization within the region resulted in a large labour migration and this, combined with improved living standards and a high birth rate saw the total population in the region increase tenfold within the last 60 years – from approximately 5 million in 1960 to 53 million in 2015. There was a particularly large surge between 1990 and 2015, when the population increased from 21 million to 54 million. By 2025 it is expected that the total population in the GCC will reach around 59 million1.

High consumption
Compounding the region’s conservation and sustainability challenges is theat fact that the consumption of energy is particularly high in the GCC relative to other developed countries. That’s because large-scale infrastructural development and heavy industry all require substantial electrical power. The region is also home to some of the highest residential energy consumers in the world. Extreme temperatures are the norm across the GCC region, especially during the summer months when daytime temperatures can reach 50 °C. Not surprisingly, harsh climate conditions lead to a high demand for air conditioning, which accounts for 70% of annual peak electricity consumption. Accordingly the regions’ generated electricity grew from 51TWh in 1990 to almost 536TWh by 2015, and the electricity use in all GCC countries is considered one of the highest rates of energy consumption per capita. In 2010 for example, GCC energy consumption per capita ranged from 5340kWh to 17,610kWh – compared to the world average of 2728kWh1 per capita.

Substantial subsidies
The challenge of high energy consumption is compounded by the fact that electricity tariffs in the GCC are regulated and are among the lowest in the world, with substantial price subsidies offered to both utilities and consumers. With both energy and water costs so heavily subsidised throughout the region there has been little incentive to date, for households or businesses to limit consumption. Subsidisation can create a distortion between the true costs for production and the prices consumers are asked to pay. Because they do not accurately reflect true costs, these relatively low prices compromise incentive mechanisms that might be aimed at reducing consumption and have lead to enormous energy waste in building, industry and households.

Water scarcity
The GCC regional has one of the highest levels of water scarcity in the world. Surface water resources are very limited, existing only along the east and west costs. No major rivers flow through the region and annual average rainfall is scarce – ranging from 7- to 130mm (except in the mountain ranges of southwester Saudi Arabia and Oman where it may reach 500mm) 2. Therefore in terms of renewable water supply, the region has the world’s lowest availability, with only about 60 cubic metres (m3) to 370m3 of annual freshwater available per capita. As a result, the region is largely dependent upon unsustainable groundwater abstractions, as well as shallow and deep aquifers. Non-conventional water resources come from desalination and wastewater recycling.

According to the United Nations, all GCC countries except Oman fall into the category of “acute scarcity” of water and the problem is a growing one. The region’s rapid population growth is putting increasing pressure on the limited water resources, as is high per-capita consumption, which averages 500 litres2 – a massive 82% above the global average, which ranks it among the highest in the world3.

Pandemic problem
The looming water crisis in the region has been further compounded by the ongoing impact of the global pandemic and subsequent calls from health experts around the world to practice frequent hand washing, and overall higher standards of cleaning and disinfection. These factors continue to contribute to making an already concerning water scarcity issue even starker.

A United Nations Economic and Social Commission for Western Asia (ESCWA) report from May 2020 suggests that during pandemic conditions, water demand for hand washing alone is set to increase from 9 to 12 litres per person per day, while water usage will also increase as people become even more diligent about laundry, cleaning and food washing. Overall, this is predicted to create a 25% rise in household demand for water across the region, from 4 millions cubic metres per day to 5 million4. By 2050, it is predicted that the annual freshwater consumption rates for the GCC will hit 33.7billion cubic meters, outstripping projected future storage levels by almost 8 billion cubic meters1.

None of these challenges or factors are unknown or unnoticed by GCC governments or international authorities. In order to reduce dependency on fossil fuels and reduce carbon emissions the region has been introducing a number of different measures towards a more sustainable energy and water future.

GCC countries are blessed with high level solar radiation and with the reduction in the price of solar and wind power across the world, they are starting to utilise their promising solar and wind resources for power generation. The Gulf States plan to invest $100 billion in renewable energy projects over the next 20 years. Additionally, the GCC countries have set their own renewables and clean energy targets and have announced plans and targets for increasing the share of renewable energy in the energy mix by deploying renewable energy technologies. Achieving the renewable energy targets set by these countries could save 400 million barrels of oil, potentially create 210,000 jobs, and reduce per capita carbon footprint by 8% by 20301.

In order to meet predicted water demand for 2050, the GCC will need to boost capacity for collecting and storing water by 77%. Whilst this is a daunting figure, more than $80 billion has been earmarked for major public water and wastewater sustainability initiatives, alongside billions in private investment, with aggressive plans to redress the balance already underway4.

In recognition of the importance of using a combination of measures to battle the water and energy crisis within the region policymakers are shifting from an entirely supply solution focus, to demand management. This shift also recognises the urgent need to send signals to customers, especially those with high living standards and high consumption patterns, about the importance of conservation. Subsidies are gradually being reduced as are initiatives that encourage consumers to optimise their energy and water consumption.

In an area where people are accustomed to profligate energy and water usage, public awareness and educational programs can dramatically help to manage future demand. Several GCC states have taken steps to implement new and innovative education campaigns, educating their populations on water consumption, to reduce usage. The UAE in particular, being the most water distressed country in the region, has designed and implemented several campaigns, such as the ‘Peak Load’ campaign, which attempts to limit the amount of unnecessary water and energy appliances during the ‘peak load’ hours of 12-6 pm over the summer.

Such initiatives like these are vital, since GCC states will need to use a bottom-up and top-down approach in order to adequately deal with water scarcity issues and high energy consumption, which requires urgent cooperation from the public. Government subsidies are starting to be reduced, which has seen a slight increase in utility rates, and as a result consumers are starting to look for ways to reduce their energy and water consumption. This is an extremely positive start, and one that needs to be capitalised on. Encouraging behavioural change to reduce residential water and energy consumption is one solution.

At Advizzo we help utilities increase water savings by more than 3% and energy savings by more than 6% through our behavioural change customer engagement platform. The platform is designed to help utilities better engage their consumers in an exciting new way – by understanding their usage behaviours, while motivating them to save water and energy through personalised water and energy reports. The platform is specifically designed to enrich people’s lives, preserve natural resources, and to improve customer happiness.

We use advanced behavioural science and data science techniques to engage with consumers and encourage behavioural changes in their water and energy consumption. We offer the most complete solution in the utility marketplace today, and are already engaged with utilities within the GCC, with encouraging results.

We’d welcome the opportunity to talk to utilities within the GCC and Gulf States to determine your immediate efficiency goals, and discuss how we can help you to achieve them through a bespoke customer awareness and engagement programme.

Get in touch today!